Loneliness: the silent killer. It is not something many of us like to discuss openly. On a societal level, we have not addressed it, even as we begin to recognize loneliness as a growing concern within our communities. We often view it as reserved for a select few individuals in our population, however this couldn’t be further from the truth.

We can all think of a story. I think about my friends’ grandma who is 99 and lives alone in a senior’s residence. Her grandma has been absolutely miserable since the pandemic began. Her seniors’ residence has been locked down and she has not been able to connect with any family or friends. On the phone, she expresses that she feels imprisoned; she feels institutionalized and punished. She is achingly lonely, and her family began noticing declines. A few weeks ago, she got up from her bed and had a major fall (May, 2020 — during COVID-19). She was taken to the hospital, with the plan to keep her for a few days. However, while there she acquired pneumonia and spent 21 days at the hospital. Not only was she lonely, but she was in an unfamiliar place.

Now that her grandma is back at her residence and she is still not allowed to see family or friends, there is a real chance she will die alone. Though surrounded by care workers and other seniors in her residence, she does not have the companionship or feelings of connection she craves from her more bonded relationships. Sadly, this story is not an anomaly. Many older adults in our communities, those in senior residences and those that live alone, suffer similar stories­ and not just because of COVID-19.

As of late the impacts of social isolation within our communities have been discussed, but what is often left out of these discussions is loneliness. Loneliness is linked to social isolation in that social isolation can spur loneliness, but they are not the same thing. The two should not be used interchangeably. Loneliness is an unwelcome feeling of lack or loss of companionship. It happens when we have a mismatch between the quantity and quality of social relationships that we have, and those that we want. Isolation is an objective state whereby the number of contacts a person has can be counted. One way of describing this distinction is that you can feel lonely in a crowded room (e.g. no sense of belonging or feeling cared for), but you will not be socially isolated. 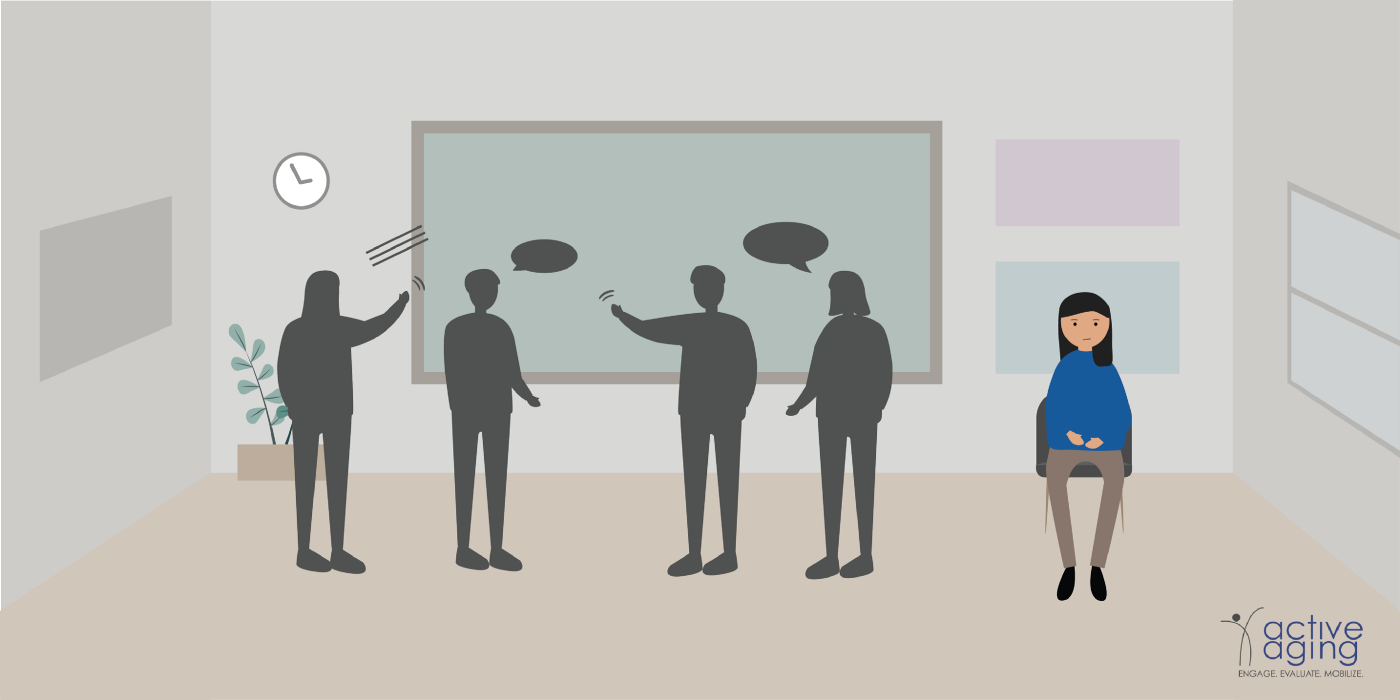 The recent body of literature concerning the connection between social relationships and physiological outcomes supports the concept that loneliness itself can pose an even greater health risk for premature death than obesity or smoking (up to 15 cigarettes a day!).¹

Loneliness can affect people at any point, but is more common among two key groups: older individuals aged 75 and above and, perhaps surprisingly, young people aged 15–25. Concern is with both groups, but in particular with those aged 75 above. Now that we are in 2020, almost all boomers will turn 65 or older and become senior citizens in this decade.

In addition to age, gender is also a risk factor, with females at higher risk. This is alarming, because by 2031, projections show there will be 5.1 million senior women, representing 53 per cent of people aged 65 years and over.² Older women are not only at risk for loneliness, but are also more likely to exhibit greater rates of decline in physical functioning.³

The time has come to shed light on loneliness. Not talking about loneliness, or doing anything about it, is only making matters worse. We are lonely in Canada and it is impacting the health of our nation, and especially our aging population, so what are we going to do about it?

When planning strategies or programs to reduce loneliness and promote social connectedness, you can’t just bring a room full of people together, you need to allow people to connect, converse and create relationships.

Recognizing the Canadian loneliness epidemic as a public health crisis would be a step in the right direction. National policies and programs need to be set in place that ensure we target loneliness and not just isolation. Public health programs have been so focused on the dangers of smoking or obesity and little has been done to properly address the even greater health risk and ultimate silent killer, loneliness.

Building and cultivating social connections to benefit individuals and communities is key. People with extensive and strong support networks tend to have better physical health through lower rates of unhealthy behaviours, such as, smoking, drinking, and an inactive lifestyle.

One example of a program that is working to increase social connections among seniors is Choose to Move, an initiative that supports British Columbian seniors to become physically active and socially connected. Choose to Move is proven to effectively promote social connections amongst older adults, while improving physical activity. It is a group-based physical activity support program that provides much-needed social connections. Choose to Move promotes the feelings of togetherness important in reducing loneliness, all while improving physical functioning. It is not just about bringing people together in a room, what’s important is that the program allows older adults to feel connected to others in their communities by providing them space to share common interests and develop meaningful connections.

As my friends’ story about her grandma so strikingly captures, loneliness is a plight that effects all corners of society (my grandma, her friends, her family). Now that we recognize the serious threat to health that loneliness poses, we cannot afford to remain idle on the subject. Can programs that bring older adults together to be a) physically active and b) socially connected help tackle the Canadian loneliness crisis? These programs may just be the golden thread to solving many of our major national challenges from an aging population; a social solution that has the power to bring people together regardless of background, age, gender, ethnicity or religion or mobility ability.